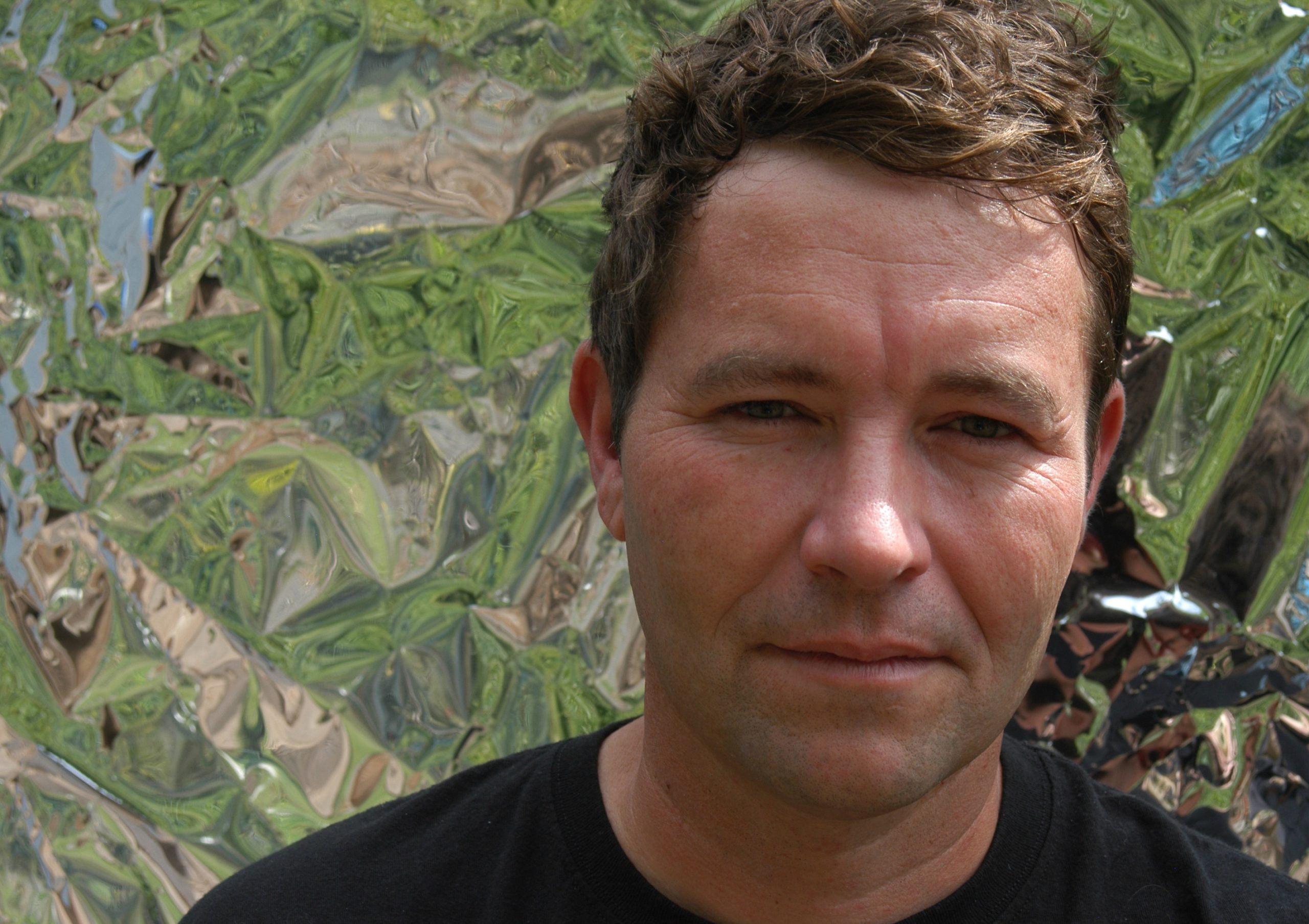 Empathetic Punks: Q and A with Artist Sam Van Aken

Sam Van Aken is an award-winning contemporary artist who will be traveling from his home in Syracuse, NY for Banned Books Week . You can see Sam speak about his artworks and inspiration that comes from Vonnegut’s work at on Friday, September 30, 2016 at 6 p.m. at Shortridge High School as part of the Secretary of the Future panel event with Marketplace Morning Report’s David Brancaccio.

On a recent phone call with Sam, we discussed how music, particularly the east-coast punk scene, were influential in his work and how he found a like-minded empathy figure in Kurt Vonnegut.

How do describe your work, inspiration?
I guess the simple thing would be to say I went to way too many punk shows during high school in Maryland. I didn’t really understand what was going on, but I liked it. As I’ve continued making art I’ve been drawn to the idea of artwork as an interruption that makes you rethink. I’m not looking for meaning, I’m more into the absence of meaning.

There is too much meaning in the world, if you destabilize it you open the doors for new thoughts and connections. Punk was all about destabilizing.

So you were always into art that was a little off the mainstream?
When I was in college, I studied with dissident artists in Poland. These were unofficial artists and risked jail time or severe punishment in order to create works. It made art important.

How is still influence showing itself today?
I’m still influenced by the do-it-yourself attitude. I didn’t have an art gallery until about six years ago. Previously, I did it all in independent spaces. Fortunately, Ronald Feldman Gallery was willing to work with me. I’m not a typical art exhibition kind of guy, and they understood that. I tell them things like “I’m going to fly a plane through the clouds. That is my artwork” and they’re think it’s cool. It’s not something that takes place in a gallery but in real life.

How did you get involved in Vonnegutfest?
I was presenting at Ideafest in Kentucky and Julia [Julia Whitehead, Director of the Kurt Vonnegut Memorial Library] was presenting at the same festival. I mentioned Billy Pilgrim as part of my work and so afterward we talked and I went on about my love of Kurt Vonnegut.

Where did this love come from?
My father made me read extensively, but mostly classics. I had read a lot of classics before I hit high school, so I had become pretty bored with it all when other students were experiences them for the first time. My uncle had slipped me a book and said, “Hey, you’ve got to read this.” It was Cat’s Cradle and I immediately fell in love. Soon after I read Slaughterhouse-Five and then Breakfast of Champions.

I would read his collections of short stories as soon as they came out. I found his work put me in the right mind frame to make my own work.

What mind frame is that?
It’s this big extended metaphor that gets carried out, which I try to do in my work. I also like to use narratives set in the wrong place. Like setting a Western in Berlin. Vonnegut plays with setting so much.

I was really into this idea of an empathy machine in some of my early artworks. I see Vonnegut books as the best empathy machines. I think as a teenager reading his books made me a better human being. Everything is taken to these hyperbolic extremes and that develops your abilities to empathize.

Will this be your first visit to the Library?
One of my only experiences with Indiana was a couple of years ago when I was driving through Terre Haute and stayed in a hotel. The only room they had available was the honeymoon sweet with this amazing coral motif. I think Vonnegut made a little more sense to me after that.

What are you most excited about seeing?
I can’t wait to hit the library. Once you’ve read everything all you want is another story. I’m hoping to find an unfinished story or anything I can read. I think that is the tragedy is I want more. The world could have used more of his work.

You can learn more about Sam on his website.