“You don’t have to move out of your neighborhood to live in a better one.”
How Talent-Retention and Social-Equality are Connected
by Majora Carter

Drawing from her decades of experience, and track record of success, during this two-hour workshop Carter will guide participants toward achieving their own community-driven projects and goals and help teachers bring urban revitalization into the classroom, inspiring the next generation to do the same.

In 2006, Carter was one of the first 6 TED Talks to launch their site, and in 2010 her public radio show The Promised Land won a Peabody Award.

Her real estate developments and economic strategies are in demand wherever clients want to help transform “low-status” communities into thriving mixed-use sustainable economies – but are wary of doing the same thing over and over while expecting different results.

Her approach focuses on harnessing capital flows to increase wealth-building opportunities across demographics historically left out. 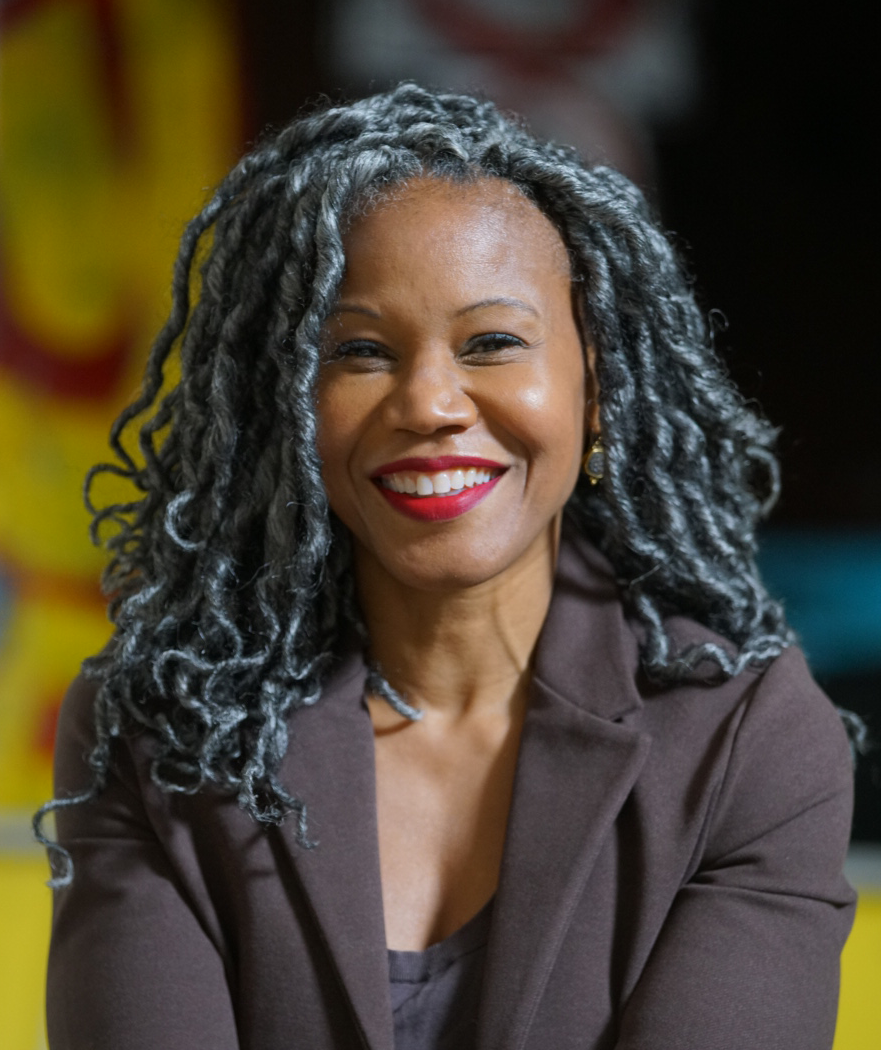 Majora has led her real estate development and urban revitalization consulting company since 2008 which focuses on talent-retention strategies in both community and corporate settings.  Her clients have ranged from municipalities and NGO’s to professional trade groups, large corporations, and federal agencies. She founded Sustainable South Bronx in 2001 which secured the passage of NYC’s Green Roof Tax Abatement, launched one of the nation’s first and most successful green-collar job training and placement systems, and changed the national discourse on the relationship between environmental equality and economic development.  Along the way she produced and hosted the Peabody Award-winning public radio series, The Promised Land which highlighted leaders of color in environment & economic projects across the US.

Her 2006 TEDtalk, Greening the Ghetto, was one of six presentations to launch TED.com to the world.  She is a MacArthur Fellow, and recipient of 7 honorary PhD’s along with accolades from organizations as varied as the Center for American Progress, Goldman Sachs, News Corp, NRDC, and The Eleanor Roosevelt Society.  She is quoted on the walls of the Smithsonian Museum of  African American History and Culture: “Nobody should have to move out of their neighborhood to live in a better one.”

She continues to live in the South Bronx community where she was born and raised, and is also the proud owner of The Boogie Down Grind (boogiedowngrind.com), a curated cafe experience that celebrates hip hop culture and community roots.